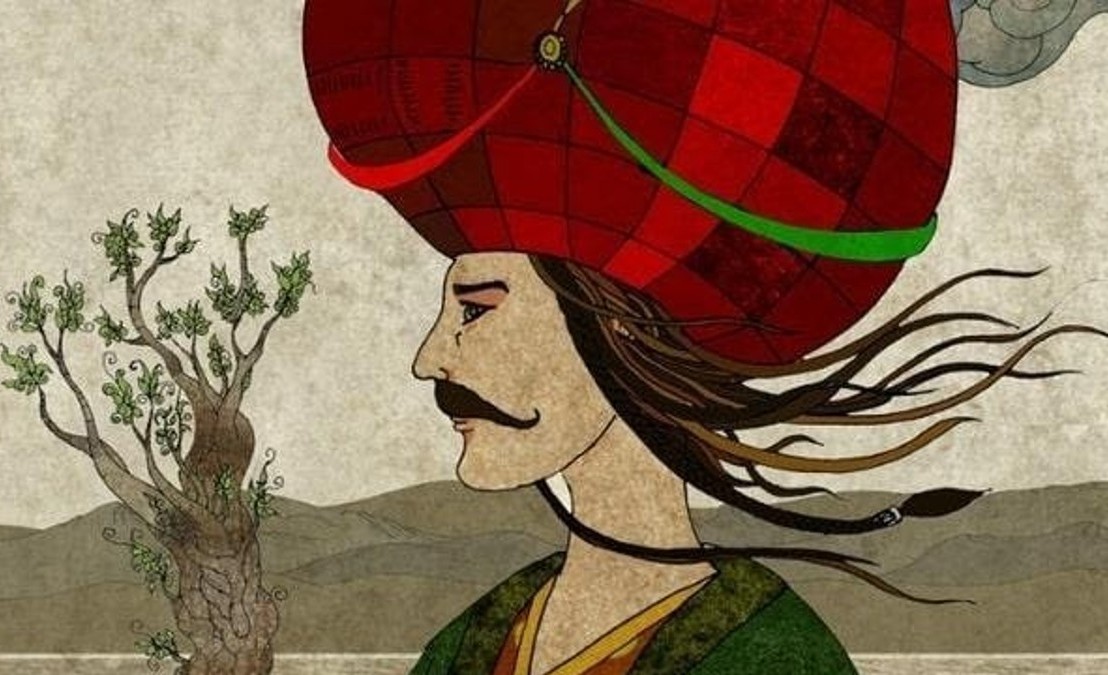 A Heterodox Islam community in Bulgaria fascinates even today

Slaveya Nedelcheva is a Ph.D. candidate at the Bulgarian Academy of Sciences. She has a Master’s degree in Balkan Studies from the University of Sofia and speaks Bulgarian, Albanian, Greek, Turkish, Hebrew, and English.

This article was originally published at Balkans in Site, a Greek site dedicated to the Balkans.

This interesting name “Qizilbash/Kizilbash” (“redhead” in Turkish) appeared around the 15th century when the followers of the Safavid order (Safavid dynasty of Persia) started wearing distinctive twelve-gored red hats – the so-called “Haydar’s Crown”. Soon this headwear was abandoned, but the name “Qizilbash” remained. The name was originally a pejorative label given to the Alevi believers by their Sunni Ottoman foes, but soon it was adopted as a provocative mark of pride. The Qizilbash adhered to heterodox Shia doctrines encouraged by the early Safavi sheikhs Haydar and his son Ismail I. These religious Shia teachings became especially popular among the nomadic and semi-nomadic Turkmen tribes in eastern Anatolia and northern Syria. At the beginning of the 16th century, the Qizilbash tribes conquered Persia, ruled by the Safavid dynasty until 1722.

Due to this, the name Qizilbash was used in the neighbouring countries as a designation for the people from this empire. The Turkmen tribes who sided with the Shiite Shah Ismail Safevid were called Qizilbash. This name was later applied to all sectarian Muslims in Asia Minor. Qizilbash or Alevi beliefs are influenced by the Turkic shamanism and the ancient pre-Asian cults, by Iranian cult layers from the east, and in the west. Alevism was also in contact with Christianity. Central to the ritual side of the teachings of the “people of truth” (another name for the Alevi community) was the sacrifice. It could be mandatory or voluntary.

In the Balkans and in particular, in the Bulgarian lands, the bearers of these heterodox Islamic ideas penetrated the steppes north of the Black Sea mainly during the Ottoman invasion. The most important role in the transmission and dissemination of the new ideas was played by the followers of the Bektashi order, as well as those of the sermon of Sheikh Bedreddin Simavni. At the beginning of the 16th century, to reduce tensions in Asia Minor, the Ottoman sultans forcibly relocated Muslims, followers of the Safavian order to Europe.

Today in Bulgaria around 50,000 people identify themselves as followers of Alevism. Most of the Qizilbash settled in the region of Dobruja in large numbers, either voluntarily or after being deported from Anatolia by the Ottoman authorities between the 15th and 17th centuries. Qizilbash community is also present in Ludogorie (Deliorman). In Bulgaria, the name Qizilbash refers to several similar groups that inhabit different parts of the country. The Qizilbash conceal their real identity, outwardly professing to be orthodox Sunnis or claim to be Bektashis, depending on who is addressing them. As Qizilbash is being associated with pejorative meaning, other names are preferred in the Bulgarian scientific literature: Allians, Alevis, heterodox Muslims. The semantic sense of the word “Alevi”, whose root is close to the Turkish word “Alev”, is fire, ignition, flame.

The two regions with the most significant population professing heterodox Islam in Bulgaria are the Ludogorie and the Eastern Rhodopes. Smaller groups exist in Central Northern Bulgaria, Eastern Stara Planina (the Balkan Mountains), and Stara Zagora. Some authors suggest that there is also a spread of heterodox Islam among some of the Bulgarian Muslims in the Southern Rhodopes. The language of the doctrine and community communication is Turkish. Communities are endogamous (marriages take place only within the group).

The social organization and festivity of the Qizilbash are closely connected to the doctrine they profess. They are united in religious communities, headed by a spiritual leader, called “dede” (“grandfather” in Turkish) or “baba” (“father” in Turkish), whose position is inherited. Young people of both sexes go through a preparatory period of religious education and become full members of the community after settling down and a consecration ceremony is performed. Each married couple has their own spiritual mentor (“murshid”) and is twinned with another couple, and the relationship between them is for the rest of their lives. The participation of women in the most important religious ceremonies contrasts with their exclusion in Sunni Islam. The higher and independent status of women is also confirmed by the carnival games performed by women in some villages in Ludogorie.

In the Alevi community, the woman is highly respected, she prays next to the man in the tekke and does not put on a veil. She has certain power but does not demonstrate it – a remnant of the paganism of the Turks. Divorce is strictly forbidden. Remarriage is allowed only after the passing of the partner. Polygamy is prohibited.

Religious gatherings are held once or twice a week, mainly during the winter, and include singing songs, playing string musical instruments, reading prayers, dancing in pairs (“sema”), and are accompanied by ritual use of a small amount of alcohol. In addition, the “muhabbet” (“conversation” in Turkish) gatherings are held, during which songs of religious nature are performed and their interpretations are given. In summer and autumn, pilgrimages are made to the tombs (tombs of people revered as saints), during which fairs are held. Alevism also provides guidance on other contemporary issues. Gambling and drugs are not accepted. Alcohol is allowed at religious ceremonies, but heavy drinking is prohibited.

The ban on eating rabbit meat is typical for the Qizilbash. The stories that explain the reasons for it present the rabbit either as an impure or as a sacred animal. Most likely, this food taboo was brought from the Middle East (Mesopotamia, Persia), where it has been practiced since ancient times.

Alevism differs from related teachings in that it professes extreme Shiism, leading to the deification of Ali – Ali is God and Allah appears to people in the image of Ali. Along with the belief in heaven and hell, the Qizilbash believe in the migration of the souls – the soul after death transfers into people, animals, stones. There is a cult of the family of the Prophet Muhammad and an extremely strong love for Imam Ali. The Allians believe in the so-called “Teslis” (“trinity”) – Allah, Muhammad, and Ali. There is also faith in the 12 imams, direct heirs of the Prophet. The last imam is hidden and will reappear on Earth to establish the Kingdom of Justice. The principle of prudent concealment of the faith is also characteristic of this doctrine.