The senior expert of international relations Fereydoun Majlessi gave an interview to the Iranian media Azarpajooh on the issue of the renewed military conflict between Azerbaijan and Armenia and its implications for Iran.

Mr. Majlessi, what is your assessment of the latest situation in the Karabakh region? Will the current ceasefire last?

Armenia, by understanding the facts and her interests, should have entered into negotiations with Azerbaijan much earlier, and should have used the mediation of Iran and Russia for finding a practical and fair solution. Therefore, the current ceasefire will not last unless a “practical and fair” peace agreement is signed. 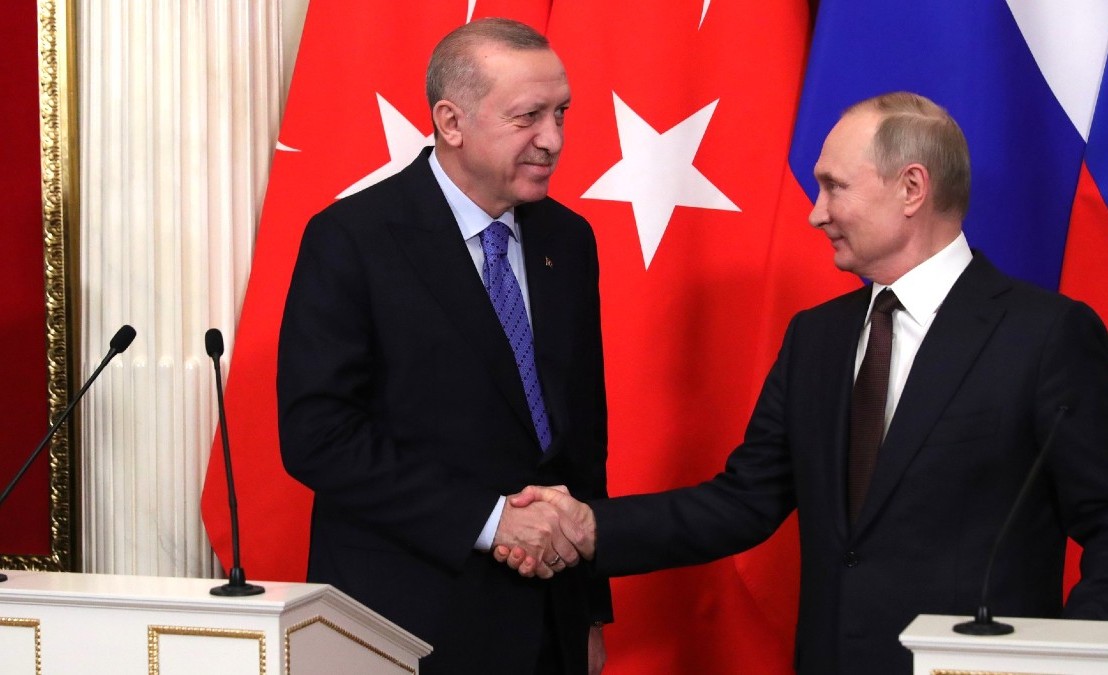 An interview with a Romanian expert on international relations about the recent developments in the Middle Eastern politics – Joe Biden’s visit in the region and Vladimir Putin’s visit to Tehran, about Turkey’s specific position of a mediator between “the West” and “the East” and about the prospects of Turkish-inspired “strategic ambiguity” for Romania and Bulgaria

Cross-border Talks’ Vladimir Mitev discussed with Ioana Constantin-Bercean, a Romanian expert on international relations from the Romanian Academy about Middle Eastern politics in the conditions of war in Ukraine, about Turkey’s role of mediator and how Bulgaria and Romania could approach the Russian-Turkish cooperation, which is strong in the energy domain.

Ioana believes that Joe Biden’s visit to Israel and Saudi Arabia was meant to reassure the countries of the American security guarantees as now the prospects of the revival of the nuclear agreement with Iran are really good. As for the Russian-Iranian relationship, it is complex as both countries are under strong sanctions, but they are also competitors in the energy domain. Turkey’s role as mediator between Russia and Ukraine, between the West and “the East” is something which deserves greater attention, as Turkey’s president announced his country will pay for Russian gas in rubles.

When asked whether Bulgaria and Romania, who have good relations with Turkey could emulate Turkey’s strategic ambiguity, Ioana Bercean was skeptical. She reminded that both countries are members of NATO and the EU and that means alignment with the West in foreign policy.

END_OF_DOCUMENT_TOKEN_TO_BE_REPLACED

Interview with the Iranian expert on Afghanistan Farshad Golzari about the position and interests of Iran,  Russia, China, India, Pakistan and Turkey after the withdrawal of foreign troops from Afghanistan

Farshad Golzari has been working as a journalist in the field of international politics and security since 2013. His bachelor’s degree in criminal law and master’s degree in criminology have led him to spend years researching the nature and activities of various terrorist groups such as al-Qaeda, ISIS, and even the Taliban, in addition to providing analysis and writing news-analytical reports. In addition to analyzing international events, one of his specialties is the study of armed and unarmed conflicts in the world. Political and security developments in the Middle East, Southeast Asia, the Persian Gulf, as well as US foreign policy issues are among the issues he examines and analyzes.

The Persian Bridge of Friendship approached Golzari in the beginning of July 2021 in order to get an Iranian point of view on the ongoing developments in Afghanistan.

END_OF_DOCUMENT_TOKEN_TO_BE_REPLACED

Bulgarian-Russian relations are really at a low point. However, this is not so much due to internal dynamics as to the international context in which the two countries find themselves

Since the inauguration of US President Joe Biden, a number of countries in Central and Eastern Europe have clashed sharply with Russia. One of them is Bulgaria, whose prosecutor’s office has launched an investigation into Russia’s alleged connection to bombings involving weapons industry years ago. Several Bulgarians were accused of spying for a network allegedly linked to Russia. Russian diplomats were also expelled.

Russian Foreign Minister Sergei Lavrov commented on this occasion that Bulgaria tried to ”outdo” the Czech Republic in its anti-Russian line.

In this context, the Iranian Workers’ News Agency contacted the founder of the Persian Bridge of Friendship blog to obtain an opinion on Bulgarian-Russian and European-Russian relations. The interview was published on May 8, 2021.